There are at least eight grades used to categorise the different types of alloys available. An alloy is created when two or more types of metal are combined to offer more desirable features. This may be a higher melting point or increased strength. The different aluminium grades represent different properties, and each has a specific application and uses. The grades are identified using four-digit codes. The first number denotes the series of grades which indicates the primary alloying element. This is known as the International Alloy Designation System. Additionally, some alloys can have their properties modified through heat treatment or other forms of working. 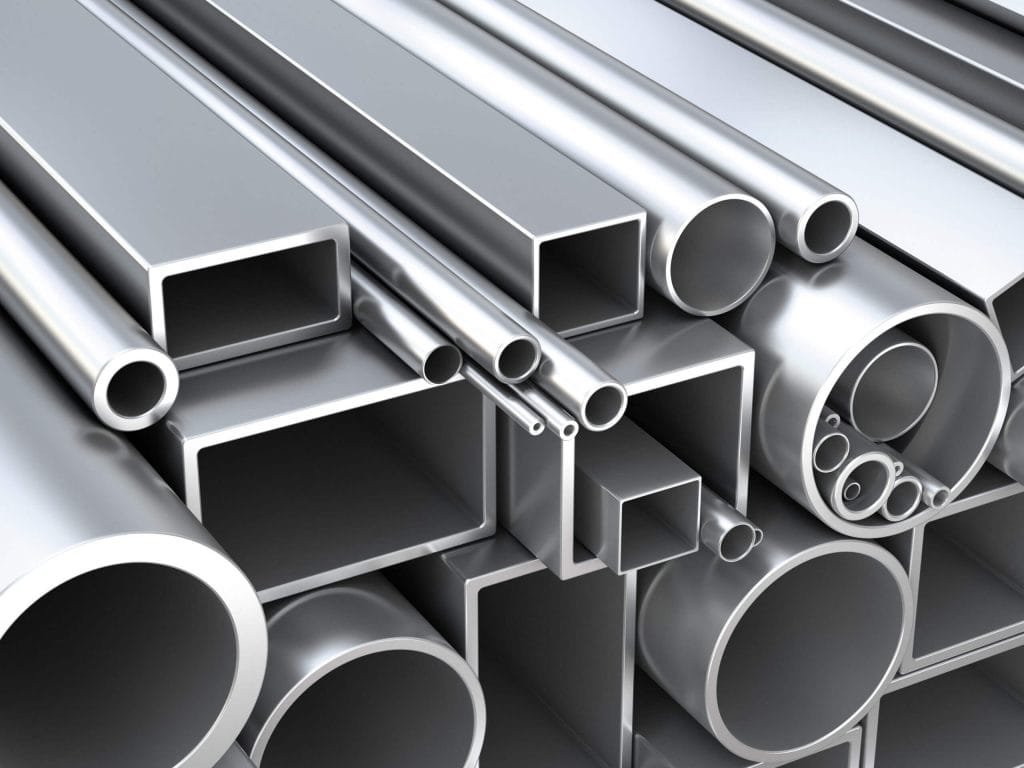 The 1000 series are recognised as the purest aluminium products available and is compromised of 99% or above aluminium content. They generally aren’t the strongest available, but they are fantastic to work with and are a versatile choice for spinning, welding, hard forming and more. They are also highly resistant to corrosion and have incredible thermal and electrical conductivity which makes them popular choices for several uses such as food processing and packaging, as well as electrical transmission applications.

These alloys contain copper as their primary element, in addition to aluminium. The alloys can be heat treated to give them incredible hardness and durability which is comparable to some steels. They also are excellent to work with and have an impressive strength-to-weight ratio. The combination of these characteristics makes them a popular choice in some industries, particularly aerospace.

The downside to these alloys is that they have low corrosion resistance and often will be painted or clad with a higher purity alloy if they are going to be exposed to the elements.

These alloys are suited for all-round general uses, which makes them one of the most popular aluminium products. They have good corrosion resistance, good workability, and moderate strength. This series is one of the most widely used and is popular mainly for its versatility, weldability, and impressive looking finish. This series is popular in common products, such as cooking utensils, storage, signs, and sheet metal applications such as roofing or guttering.

This series of alloys are combined with silicon to lower the melting point of the material while keeping its ductility. For this reason, this alloy is a great choice for welding wire and is suitable for use in elevated temperatures, offering a smoother finish than some other options.

The 4000 series are understood to offer good thermal and electrical conductivity, as well as good corrosion resistance which makes these a fantastic choice for automotive engineering.

5000 series are combined with magnesium but can also contain additional elements such as chromium. These alloys offer incredible corrosion resistance and are popular for marine applications, such as in boat hulls and other industry-specific uses such as storage tanks, pressure valves and cryogenic tanks.

The alloys are highly versatile and are good in terms of weldability, workability and forming.

Combined with both silicon and magnesium, these alloys are popular for general purpose uses in a variety of industries. Such as architecture, construction, automobile and many more. This series has above average strength, good machinability and corrosion resistance. Materials in this series also respond well to heat treatment and maintain their workability even after annealing and tempering. One of the most common alloys in the UK is the 6082, it is available in several different profiles, such as aluminium sheet and aluminium bar. Also widely used to produce high-quality aluminium extrusion is alloy 6063, Aluminium Online supply a huge range of both 6063 and 6082 sections in hundreds of different shapes and sizes.

This is the strongest of the alloys available and is stronger than some steels. The 7000 series contains zinc as their primary agent, with a smaller ratio of magnesium to help retain some workability. This combination makes extremely strong, hard, stress-resistant metal.

These are commonly used in aerospace and everyday items such as car bumpers and sports equipment.

These are alloyed with a variety of other elements such as iron and lithium. These are generally created for very specific purposes within specialist industries such as engineering and aerospace. They have some similar properties to the 1000 series both with higher strength and formability.